Find An Activity
Back To Your Stories Next Success Story

"When I put my mind to it, I could do it. The only limitation was me. "

Dan was very active as a child. Running around, climbing trees, there was never a worry about his health. But, as is often the case, when he reached university, a mixture of plummeting activity levels and an unhealthy diet took his toll, and his weight crept up. He left university considerably less healthy.

However, discovering his first child was on its way was the motivation he needed to improve his health. Following a diet plan, he lost 4 stone, but even then didn’t feel particularly fit. So, in 2008, Dan started running.

It was hard. Running to the end of the street would leave him out of breath at first. But gradually, the distances he could run became longer and he got stronger. He found himself running 10k three times per week – and enjoying it.

I never came back saying I wish I hadn’t done that.

Running always made him feel better, however he was feeling when he started. The road was always open; he could go out any time of day or night, which fitted in with a young family. Accessibility was really important.

The first sign there was something wrong was when Dan discovered a non-blanching rash after having a beer at his parent’s house. The doctor didn’t know what it was, and following a number of inconclusive tests at the hospital, Dan was sent home. But it kept appearing. One day, the rash reappeared, and with it, Dan started passing blood. A doctor investigating his case took some photographs of the rash and sent them to a specialist, who suggested IgA necropathy and vasculitis, a condition which causes blood vessels to burst with increases in blood pressure, such as when you drink alcohol. This causes blotching in the skin, but also causes kidney damage. Over time, damaged blood vessels in the kidneys don’t regenerate. 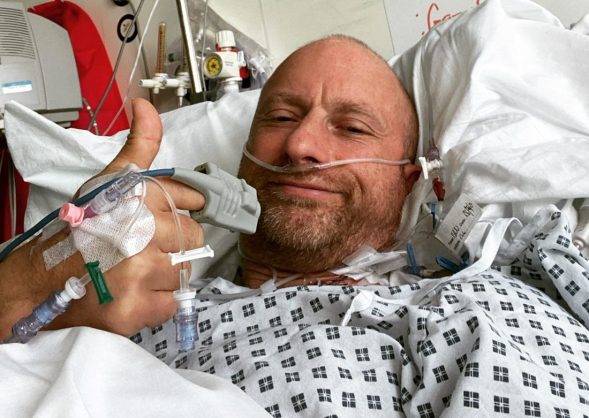 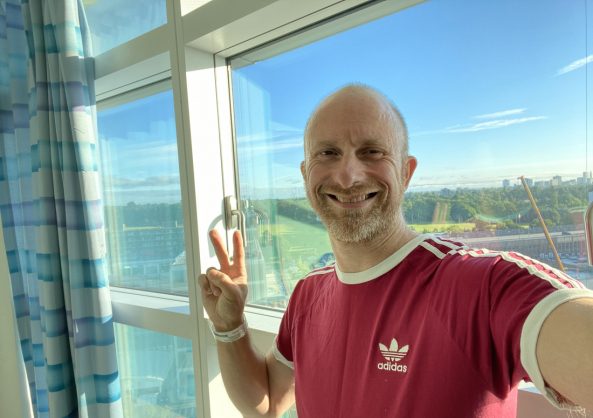 Being active with a chronic condition

Knowing that his health was on a downward slope took a mental toll on Dan’s health. Running made him feel good and was a great distraction from the worry. Running would give him a feel-good buzz that would last a whole day.

Doctors advised a healthy diet, no smoking and regular exercise to keep Dan’s blood pressure down. Each time doctors told him his kidney function was a little worse, Dan would run a little further. It was his way of proving to himself that he could beat this.

I ran 17 miles yesterday, how sick can I be?

Unfortunately, he was eventually told that he has stage 5 kidney disease; his kidneys were failing. But never one to be held back, Dan ran an ultra marathon. The Race to the Stones was gruelling, but he found that when he put his mind to it, he could do it. The only limitation was himself.

However, once he began dialysis, he was forced to stop running. 2 hours of treatment 6 times a week had a big impact on his body and energy levels. Dan was determined to stay active, though, so started walking 5 miles a day.

A lot of people get diagnosed with something and just stop. I realised my only limitation was me.

Ironically though, his healthy diet of fruit and vegetables was killing him. High levels of potassium found in vegetables was accumulating in his body because his kidneys weren’t able to filter it out. His doctors advised that he go on a low potassium diet consisting largely of processed foods and eat a very different range of foods. This also meant a much reduced amount of vegetables which he found very difficult. The change made him feel sluggish and tired, and he longed for the day he could eat in his normal way again.

Unfortunately, late in 2019, Dan’s kidneys gave up. Unable to clear toxins from his body, they built up quickly, leading to a rapid decline in his health. It took seven months, but the medical team was able to source a transplant for him.

I knew it would be worth it.

Although the COVID-19 pandemic was raging, Dan had no concerns about it being an issue. He had put his life in the hands of the medical profession and he trusted them entirely. 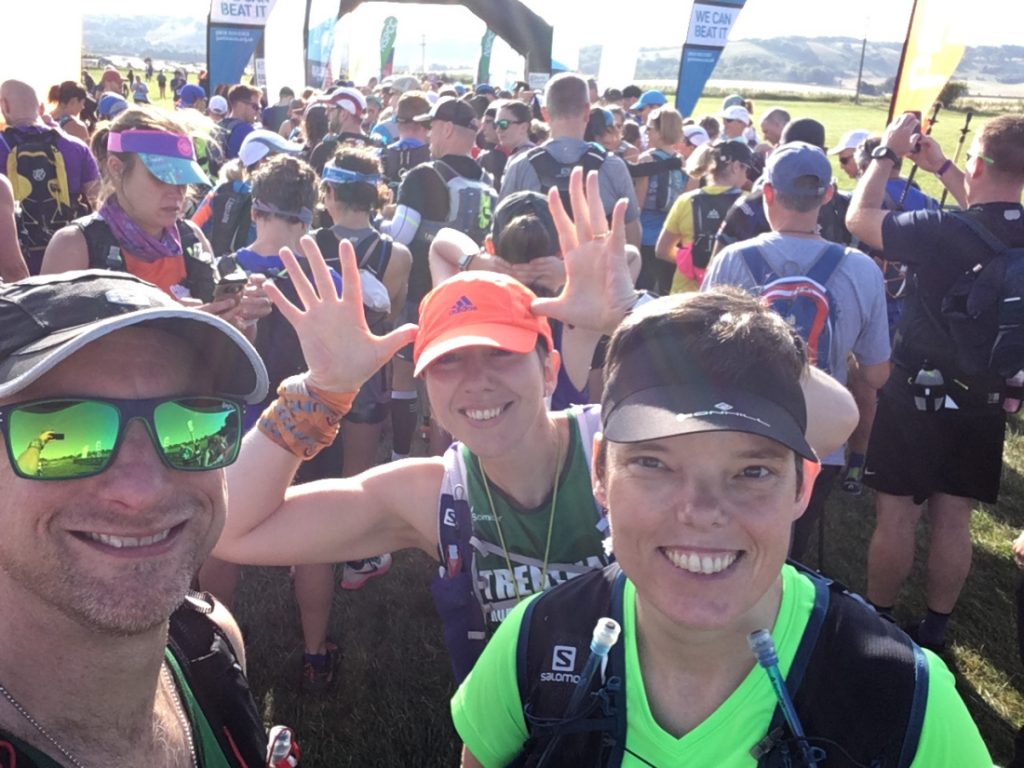 Dan was in hospital for two weeks recovering, and after six weeks, decided to try a run. He managed a couple of miles alternating between running and walking, but found it difficult. However, he didn’t give up. He listened to his body, and when he couldn’t run, he walked. Now 4 months post-surgery, he’s back up to 10k, but consciously has to slow down from his natural pace. He still gets the feel-good factor from exercise, but has to work a little harder to get his body going, particularly because of the various medications he now takes. It’s been difficult to get used to because of the various side-effects, but doctors are working closely with him to fine-tune the doses. But Dan’s physical health has played a big role in his recovery.

The value of having that support around me was immeasurable

The running community have been a great support throughout. Made up of all kinds of people of all ages from all backgrounds, these wonderful people have one thing in common; the love of running. The value of having that support around him was immeasurable.

Dan’s parents were being worked up as potential donors and his mum even took up running to get fit for the operation. However, the national organ transplant programme matched him with a deceased donor in just seven months. During this time, it was the unwavering support of his friends, family and the running community that kept his spirits up.

Dan is recovering well and is still keen to not limit himself. He’s looking for new challenges and opportunities to test himself, and he is, of course, still running.

“Resist the temptation to tell yourself that you can’t exercise anymore after a diagnosis. The biggest limiter is you. After you’ve done some exercise, you always feel better. Do whatever makes you happy; swimming, golf, running, walking, dancing… it really doesn’t matter. Go at your own pace and be the master of your own destiny.”

To learn more about Dan’s story and follow his progress, check out his blog.

Read other real life stories on how getting active and taking part in your favourite activities has changed lives.

"It's changed my life. I can't be happier with what's happened. "

"I’ve learnt that being active regularly goes far beyond weight loss and how you look – it’s about your mental and physical health too."